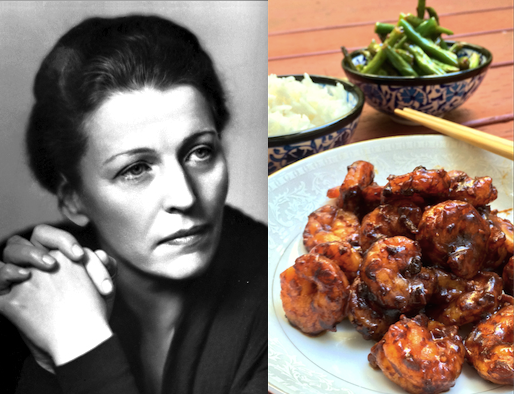 There’s an old familiar standard by which so many of our meals are measured: Is it as good as mom used to make? We tend to praise dishes that conjure up where we’ve come from—but what about the ones that take us where we’ve never been? If we don’t have any immediate plans to go floating down the Mekong or tooling around in Tuscany, food can be our quickest ticket: a sensory trip through another culture without the jet lag (or constantly needing to disturb the person in the aisle seat when you need to pee).

All this might help explain why my nervousness when I heard about Pearl S. Buck’s Oriental Cookbook: A Rich and Variety Collection of the Best Dishes from All of Asia. As a friend said when I showed her the cover: “I am going to guess this book is a masterpiece of political incorrectness.” Not really a trip she wanted to take.

Awkward “O word” aside (it was less outré in 1974 than it is now), a book summarizing an entire continent’s cuisine in 300 pages seemed destined to be a cursory summary at best, uncomfortable generalization at worst. On the first page, though, Buck addressed my fears head-on. “It would take many books to describe Asian cookery,” she begins. “Nothing could be more different … than China and Japan, geographically and demographically, or in their cuisines.”

The daughter of American missionaries, Buck was five months old when she arrived in Huai’an, in Eastern China. She grew up preferring local food to the stuff her parents made; she’d secretly eat with the servants before joining her family for dinner, too full to dig into her second meal. Through her travels—first with her family, later with her husband—she came to discover the regional specialties that would become some of her all-time favorite dishes, including deep-fried Szechuan duck and Shanghai-style fried noodles.

When The Good Earth was published in 1931, Buck’s novel became America’s default portrait of Chinese culture; the best-selling book in the U.S. two years in a row, it won the Nobel Prize for “rich and truly epic descriptions of peasant life.” But her cookbook transports readers in an even more immersive way: through their kitchens.

Before you can explore a new place, of course, you have to get to know the layout; Buck continues her role of culinary ambassador through her instructions to American cooks, which range from chopstick etiquette (“They are not at all difficult to use after one has had a little practice.”) to the “seven items essential to housekeeping” (oil, fuel, soy sauce, vinegar, rice, salt and tea … although MSG also makes her shortlist). Can’t find MSG at your local grocer? There’s a handy mail-order guide in the back of the book.

But beyond these small adjustments, Buck comforts her readers that “the Western kitchen is more than adequately adapted to the preparation of Chinese meals.” Although her novels present a culture half a world away, her cookbook suggests that it’s closer than we might think. There will be different tastes, and new techniques, but soon those surprising dishes will become familiar, and even comforting—just like those ones mom used to make. 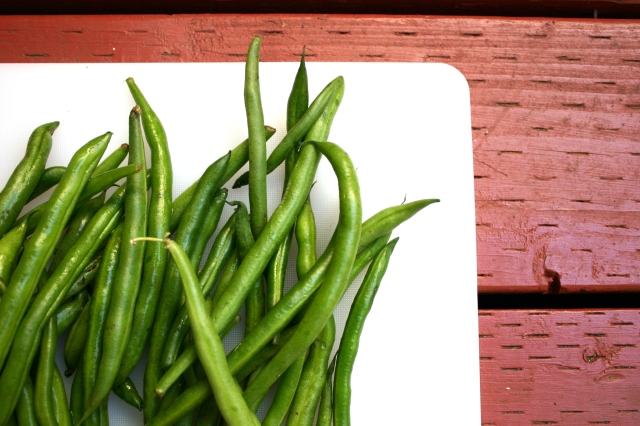 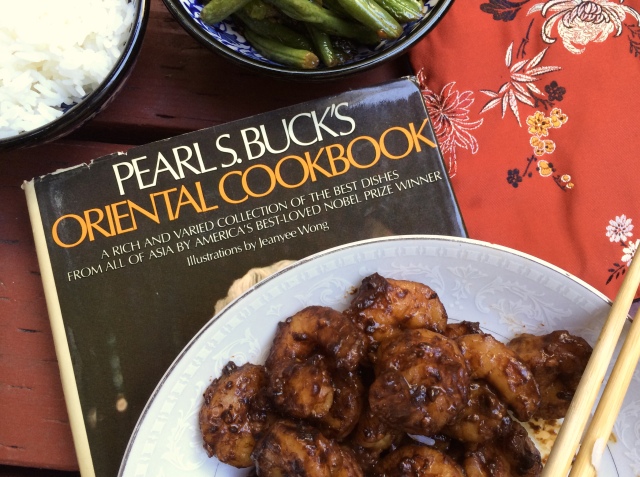 “Never forget that the essence of the Chinese meals is variety and harmony,” Buck counsels. Any proper dinner, she notes, should include at least one seafood dish, one pork or beef option, a vegetable, and an egg dish … and that’s not including the requisite accompaniments of rice, soup, tea and fruit. “Second helpings need not be a repetition, but a fresh new taste,” she writes—a mantra that, forty years later, has taken root today in small-plates restaurants around the country, Chinese or not.

In keeping with her promise to American cooks, Buck’s recipes are reliably simple. Few have more than 4 steps, or more than 10 ingredients, almost all of which can now be found at your local grocery (no mail-order instructions necessary). The vast majority can be whipped up in a few minutes, so making your Chinese feast won’t take all day. Just remember to save some time to check out your handiwork when you’re done. As Buck wisely advises, “One must always pause to admire before one eats.”

1. In a small bowl, combine sauce, cornstarch, water and sugar.
2. Heat oil in a wok over high heat. Add garlic and ginger and cook 30 seconds, until fragrant. Add shrimp and stir-fry 3 minutes.
3. Add sauce and stir 2 minutes more, until shrimp are coated and sauce is thickened.
4. Serve with green beans and a side of rice.

1. Trim ends from green beans and cut in half widthwise.
2. Heat oil in a wok over high heat. Add green beans and garlic and stir-fry 5 minutes, until beans are blistered slightly.
3. Add salt, soy sauce and sugar. Stir to mix. Serve alongside shrimp.