Part of living in New York is missing the city you never knew. When I first moved to the Lower East Side, shadows of the city’s past were all around me, from the ghostly remains of advertisements painted on the brick sides of faded buildings to my own apartment, a former tenement that crammed a new stainless steel fridge and fresh tile into its centuries-old 300-square-foot blueprint. My favorite traces of that bygone city were right next door on Essex Street, formerly known as Pickle Alley.

There used to be 80 pickle vendors on Essex; when I moved to the neighborhood, three remained (as of this writing, there’s only one). I stopped by most weekends to scour the barrels of sours and half-sours, tomatoes and olives, things I didn’t even know could be pickled (mangoes?). It was hard not to wax nostalgic about this lost New York, when pickles weren’t just the postscript to a sandwich but stood on their own, a course unto themselves.

Born in 1819 in Manhattan, Herman Melville grew up in this Golden Age of pickles. His father was a wealthy merchant who lived on the “fashionable side” of Broadway; his mother threw fabulous parties where she served platters of pickled oysters—the very same, she bragged, as the ones “some of our Stylish Neighbors in Bond Street gave.”

Of course, pickling existed for more practical reasons than party snacks: Before refrigeration, it was a primary method of preservation. When his father died, leaving the family in debt, the 20-year-old Melville joined a series of merchant vessels and encountered pickles in a less luxurious format: as rations. His autobiographical novels detail the meals on board, full of “boiled potatoes, eggs by the score, bread, and pickle.” His memories of pickle barrels are less fond than my reminiscences of Essex Street; the brine aboard ship was used to pickle anything and everything. Rumor had it that a galley cook had once fished out a horses’ hoof, with the shoe still attached.

After Melville returned to New York, it wasn’t long before he experienced his own historical FOMO. Nostalgic for the childhood days he spent on his uncle’s farm, he and his wife, Lizzy, bought 160 acres in the Berkshires to start a farm of their own, named Arrowhead. The Melvilles grew apples, corn, potatoes, eggplants and “his favorite tomatoes,” according to his sister Helen.

But the writer’s idealized view of farming didn’t prepare him for its harsh realities. The buildings leaked, his plantings were infested with worms, and the difficult work left little time for writing. Everyone seemed to have advice to give, including his mother. “Rocborn advertises asparagus roots,” she wrote. ” I would advise you to authorize me to purchase five bundles at least, it would be a good investment, give you a healthy vegetable for the table, & as the roots extend year after year … it is our earliest vegetable & one of the best & healthiest.” Thanks, Mom.

In 1863, the Melvilles gave up the farming life and sold Arrowhead to Herman’s brother Allan, who was much more suited to the task. Allan’s wife prepared for the move by ordering new crops, things that could be easily preserved for the harsh winter, including three dozen tomato plants. “Lots of material for pickle she will have,” remarked Lizzy. But Melville’s stay at Arrowhead wasn’t a total loss, since he produced something even more enduring than pickles there: Moby-Dick.

Our efforts to revive the past are usually futile. The idyll of farm life may be a fiction; the glory days of Essex Street will likely never return. But if you open a pint of pickled tomatoes, you might be able to accomplish it, living the forgotten days of late summer, just for a single bite. 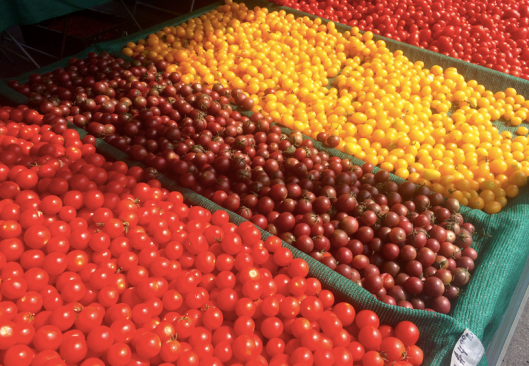 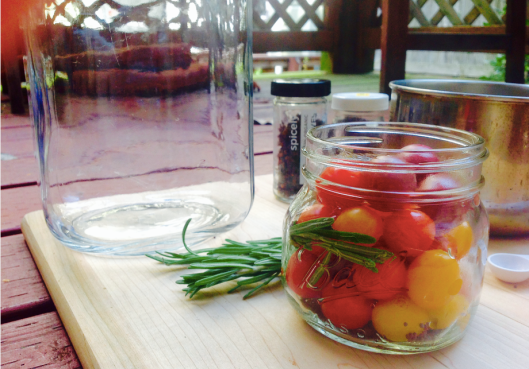 What did 19th-century pickles taste like? The recipes haven’t changed much in the past 150 years. You can find instructions for pickled tomatoes, Melville’s favorite crop, in the 1852 issue of The Cultivator, an agricultural journal out of Albany, New York. In the same issue? A review of a new “rich and entertaining” novel from that failed farmer, Melville himself.

The recipe’s directions are pleasantly vague (“The brine should be prepared by boiling and putting in as much salt as will dissolve”), so I’ve adapted it here, but if you have some pickling nostalgia of your own, you can try it as written.