He is also one of the best writers of early “food erotica,” lingering over an account of a meal sometimes for several pages. Take one of his shortest descriptions in The Seamy Side of History: a breakfast of “monastic frugality” that “consisted of a small turbot with white sauce, potatoes, a salad, and four dishes of fruit: peaches, grapes, strawberries, and green almonds; then, by way of hors d’oeuvres, there was honey served in the comb as in Switzerland, besides butter, radishes, cucumber, and sardines.” If that’s what they’re serving at monasteries, sign me up.

Balzac’s encounter with Ukrainian bread happened late in life, but at a transformative moment. In 1832, he began a correspondence with one of his readers, a married woman living near Kiev who enigmatically signed herself “The Foreigner.” It was the beginning of a fifteen-year long-distance relationship – and soon Balzac found himself falling in love with his pen pal, Ewelina Hańska. So when her husband died in 1841, Balzac made his move, traveled to meet her, and eventually married her at her estate, in what’s now Ukraine.

Ewelina wasn’t the only thing that impressed him about the country – the bread did. He famously counted 77 different kinds of bread-making techniques used there, a fact that local tourism brochures don’t hesitate to play up (Visit scenic Ukraine! Land of the fabled 77 breads!).  And one of the most popular (and most delicious) is the Russian black bread, which gets its color from dark rye flour. 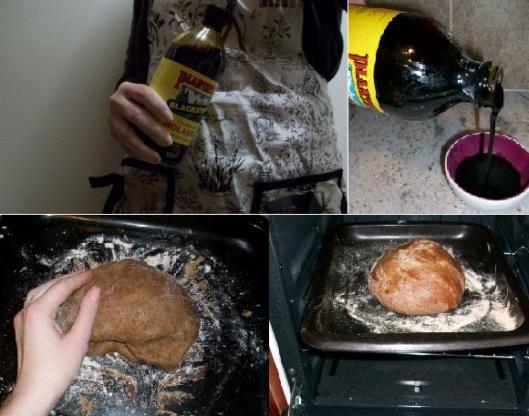