In 1946, two 20-somethings met in a bookstore: he, an aspiring writer; she, the bookseller who sold him a copy of Best American Short Stories. “He carried a briefcase and wore a trenchcoat on a clear day, so I was immediately suspicious,” she recalled. Instead of stealing paperbacks, he invited her to lunch. But when Ray Bradbury married Maggie McClure a year later, he had only $8 in the bank. Suddenly, stealing books didn’t seem so implausible—and any future lunches would have to be done on the cheap.

Luckily, Bradbury’s tastes had always tended toward the economical. As a kid, he followed a strict (if not exactly spartan) diet of hamburgers, egg sandwiches and tomato soup. Eventually he expanded his dietary repertoire (“How many years I wasted not trying different foods, when they were so good,” he later told his family). But his love of tomato soup endured … not least because it fit his meager budget.

In their $30-a-month apartment in Venice, California, Bradbury cooked for Maggie in classic newlywed style—cracking open a can. “I did my writing at home, cleaned the house, and usually prepared dinner for us. It was usually Campbell’s soup,” he wrote. On special occasions, he would head to Clifton’s Cafeteria, a local haunt that attracted the starving-artist crowd by insisting that no one would be turned away hungry. Bradbury quickly became a fixture at the restaurant, holding regular meetings of the Science Fiction Society or just arriving alone, slurping his soup in the corner booth while drinking bottomless glasses of complimentary limeade.

Yet, even as Bradbury’s fame and bank account grew, he remained loyal to his favorite dish, ordering cans of soup by the case. “At one time, I had planned to have my ashes put into a Campbell’s tomato soup can and then have it planted on Mars,” he told Playboy in 1996, half a century after that first fateful date with Maggie. Through years of Campbell’s and cafeterias, she was the only woman he ever dated. In love, and in lunch, Bradbury’s taste never changed. 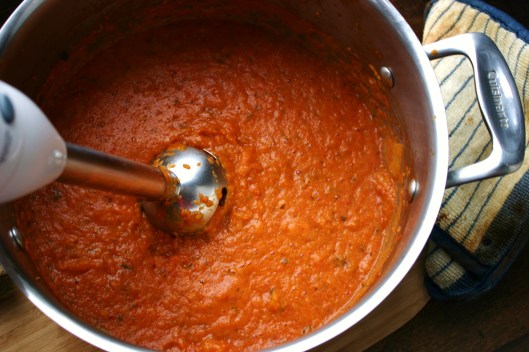