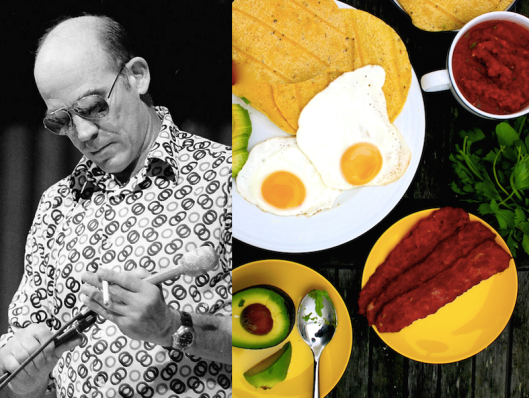 Every day begins with breakfast, and every breakfast begins with a profound dilemma: Sweet or savory? For the reliably indecisive (myself included), reading a brunch menu is like watching two heavyweights sweat it out in the ring. Pancakes vs. omelets. French toast vs. hash browns. Doughnuts vs. bacon. Our brains weren’t equipped to handle decisions of this magnitude before noon.

Leave it to Hunter S. Thompson to figure out the two optimal solutions to this problem. One: Never get up before noon. Two: Order everything on the menu.

“Breakfast is a personal ritual that can only be properly observed alone, and in a spirit of genuine excess,” Thompson wrote in The Great Shark Hunt . He goes on to list his preferred meal: “four Bloody Marys, two grapefruits, a pot of coffee, Rangoon crêpes, a half-pound of either sausage, bacon, or corned-beef hash with diced chilies, a Spanish omelette or eggs Benedict, a quart of milk, a chopped lemon for random seasoning, and something like a slice of key lime pie, two margaritas and six lines of the best cocaine for dessert.”

Thompson’s penchant for excess was legendary—but how much of the legend was of his own making? Few question his extravagance where alcohol was concerned; those who partied with him recall downing round after round of his signature Biffs (a mix of Bailey’s Irish Cream and Irish whisky). But according to Thompson’s friends and family, his wild breakfast adventure was largely exaggerated. Instead, he usually ate like the rest of us: one dish at a time.

“He had some very specific ideas about what breakfast should be, and there were maybe four different ones that he liked,” Thompson’s wife Sandy said. “One was a Spanish omelet with bacon. One was mayonnaise and peanut butter on top of toast with bacon on the top. There was some sort of a spinach thing. There was huevos rancheros.” Thompson himself reported a more moderate approach to breakfast elsewhere in The Great Shark Hunt, saying, “I was on the verge of ordering huevos rancheros with a double side of bacon, but … I settled for grapefruit and coffee.” Other friends also remember his grapefruit addiction, but more often it was paired with “six Heinekens and a bottle of gin” instead of the coffee.

Thompson may have misreported his breakfast menu, but he was accurate about his favorite time to eat it: as late as possible. Juan, his son, remembered, “He’d be eating bacon and eggs and reading the paper, and I’d be finishing my dinner or doing my homework before bed. My friends at school thought that was funny.” They might not have thought so if they had run into Thompson enjoying his meal the way he preferred: “in the warmth of a hot sun, and preferably stone naked.” 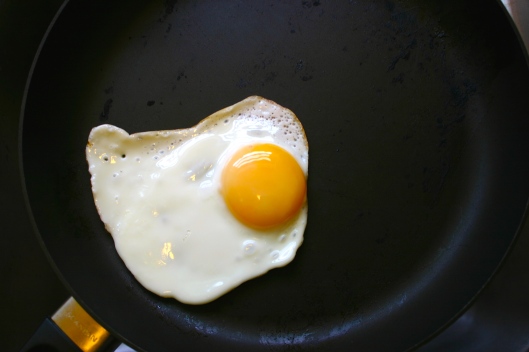