Pity the forgotten siblings of famous writers. Doris Salinger? Forgotten. Ursula Hemingway? Blank stares. Imagine constantly being introduced as “the writer’s brother” and tell me you don’t feel for the Ursulas and Dorises of the world, the little-known brothers and sisters that history forgot.

But in Harriet Beecher Stowe’s family, that sibling situation was reversed: It was Harriet who was known, for the first half of her life, as “the cook’s sister.” Before Uncle Tom’s Cabin and the advent of the Civil War, Catharine Beecher was the big name in the family—thanks, in part, to her expertise in the kitchen. At 16, after her mother died of tuberculosis, Catharine became the lady of the house and took on the task of preparing meals for her siblings, including Harriet, more than 10 years her junior.

It was Catharine, not Harriet, who became the family’s first famous female writer. A decade before the first installment of Uncle Tom’s Cabin appeared in print, Miss Beecher’s Domestic Receipt-Book, a collection of Catharine’s recipes and kitchen advice, was one of the best-selling cookbooks of the century. A vocal advocate for universal education, Catharine cofounded her own school for women (Harriet included), which taught subjects both academic (math, Latin) and domestic (cooking, baking).

Catharine’s concoctions were among Harriet’s favorite dishes: After watching her sister make her signature peanut brittle, Harriet would include the process in her books. “Mother would put on a couple of quarts of molasses to boil in the afternoon … the whole dark, smooth, ropy liquid was poured out from the kettle into a well-greased platter, and set out in a snow-bank to cool.”

But Catharine’s writing was also influenced by Harriet and her abolitionist views. Although her popular brittle recipe was officially titled “molasses candy,” Catharine advised against using the traditional cane sugar, a product of plantations’ slave labor. Instead she claims that, for true candy aficionados, Northern-made “maple is best.”

It looked as though Catharine was destined to be the sibling that history would remember—until her little sister wrote the book that would push the country to war. Now her contribution to writing—and cooking—has largely been forgotten. After all, the only conflict it provoked was at the dinner table, arguing over that last piece of candy. 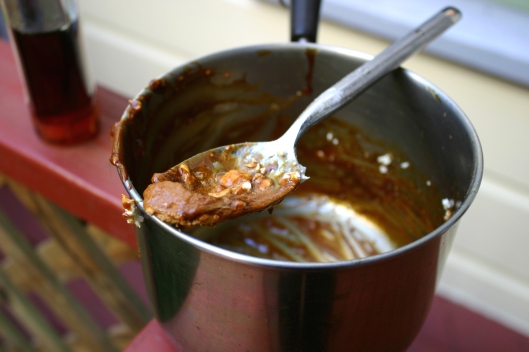 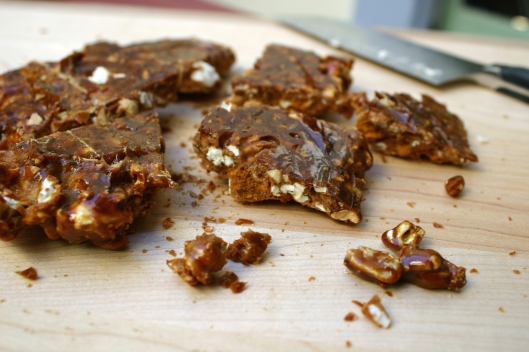