Among all children’s authors I loved growing up, Beatrix Potter always seemed the most wholesome by far. My favorite books were the eyebrow raisers: the delicious nastiness of Roald Dahl, the nightmarish worlds of Maurice Sendak. Even The Velveteen Rabbit gets borderline traumatizing. When the only person you truly love gets scarlet fever, and all your friends are burned, you can finally become “real” if you cry? That’s more drama than a episode of Dawson’s Creek.

I remembered Peter Rabbit and Jeremy Fisher as cuddly and innocent in comparison, but on a recent visit to the Morgan Library, I realized I had it all wrong: Potter had a not-so-secret dark side. Not a book goes by without some cute animal about to be skinned, drowned in a sack, or baked in a pie. Potter began her original draft of The Tale of Mr. Tod, “I am quite tired of making goody goody books about nice people.” Her editor nixed it; turns out, readers wanted those goody goody books.

Still, a few less-than-goody bits made it into print. One of my favorite Potter characters is Cecily Parsley, an adorable rabbit who moonlights as a beer brewer. Potter’s illustrations show Cecily soaking some barley in front of comically large barrels marked “XX.” It’s impossible to imagine other favorite children’s characters doing the same: Anne of Green Gables opening up a distillery, or the Goodnight Moon mouse tippling on some homemade hooch.

Did Potter take a cue from Cecily and start her own homebrews? Probably not. She did cook; at her beloved Hill Top Farm, in England’s Lakes District, she planted an herb and vegetable garden that Peter Rabbit would have loved to pillage. Much of her produce came from those gardens, but not all her recipes were virtuous. When Potter’s family recipe book went up for auction this fall, hiding in her gingerbread was a good dose of ale—a little bit of naughty in the midst of all that sugar, spice, and everything nice. 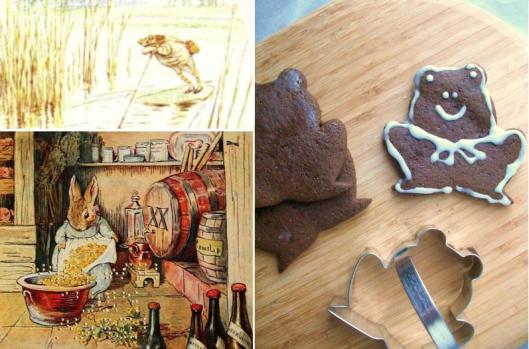 END_OF_DOCUMENT_TOKEN_TO_BE_REPLACED

Two months ago, if you had asked me to describe Willa Cather, I would have pictured her writing in the middle of the Nebraska farmland, surrounded by as many sheaves of paper as sheaves of wheat. I didn’t realize that, when she was 23, Cather left the Great Plains for the big city; she moved to Pittsburgh and then to New York, where she lived for the rest of her life. She didn’t publish her first novel until 16 years after the move, when Fifth Avenue must have been just as familiar as the farm.

It’s no wonder, then, that food played such a major role in Cather’s writings: She needed it to bring her back to life on the frontier. With their incredible power to conjure up a time and place, food memories are some of the strongest associations around. More than anything else about a trip, I remember the meals: crabs in Baltimore, étouffée in New Orleans, pain au chocolat in Paris. When I left home in California for the unknowns of the East Coast, my mom sent me off with a bound compilation of our family’s favorite recipes. Seven years later, in my New York kitchen, I still flip it open when deciding what to make for dinner. It’s one of the best gifts I’ve ever gotten.

In Nebraska, Cather drew her cooking inspiration from Annie Pavelka, a Bohemian immigrant to the town of Red Cloud whose life (and food) would serve as the basis for My Ántonia. In her own New York kitchen, hundreds of miles from home, I imagine Cather consulting her recipes and rolling out her pastry dough like Annie did,  mentally recreating the pioneer communities of her childhood. 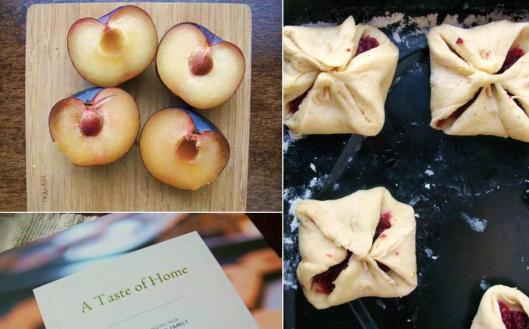